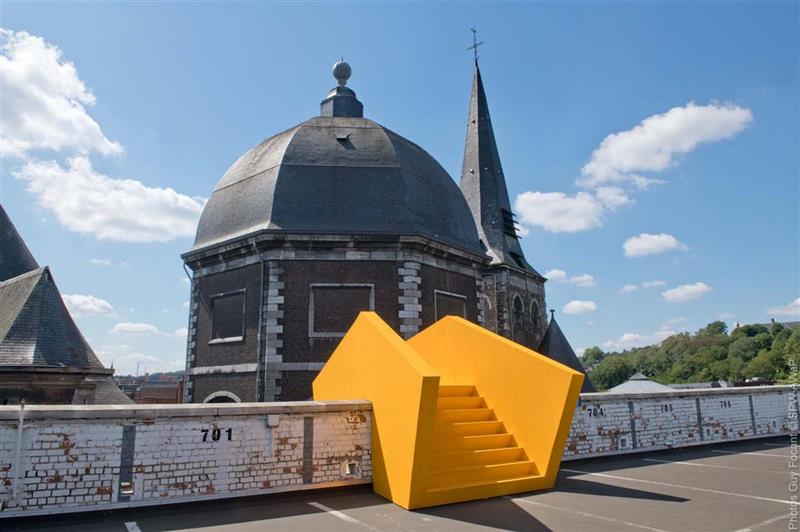 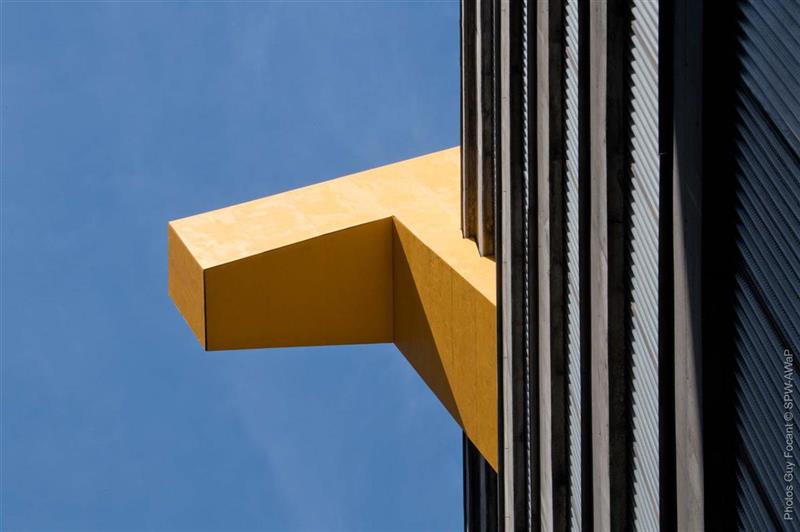 Opposite the Collégiale Saint-Jean, the Neujean car park cannot be surpassed architecturally. The clear plan is the expression of a strong functionalism, entirely at the service of the comfort of the motorist. The two buildings, separated by a narrow alleyway, maintain a discreet dialogue, which I propose to activate through a "contemporary object" - culture that acts as a more or less fruitful articulation between two almost bygone eras.

Plus près de toi presents itself from the street as a yellow image that covers the concrete facade of the parking garage. On the 5th floor, a fragment of it is discovered in interaction with the intervention of Adrien Lucca. From the roof, the object turns out to be a kind of observation platform that protrudes into the void along a slight slope, between the choir and the roundabout of Saint John. As risky as it may seem, this cape complies with current safety standards and we give everyone a free choice to borrow it to take photographs, preach or do whatever they like.