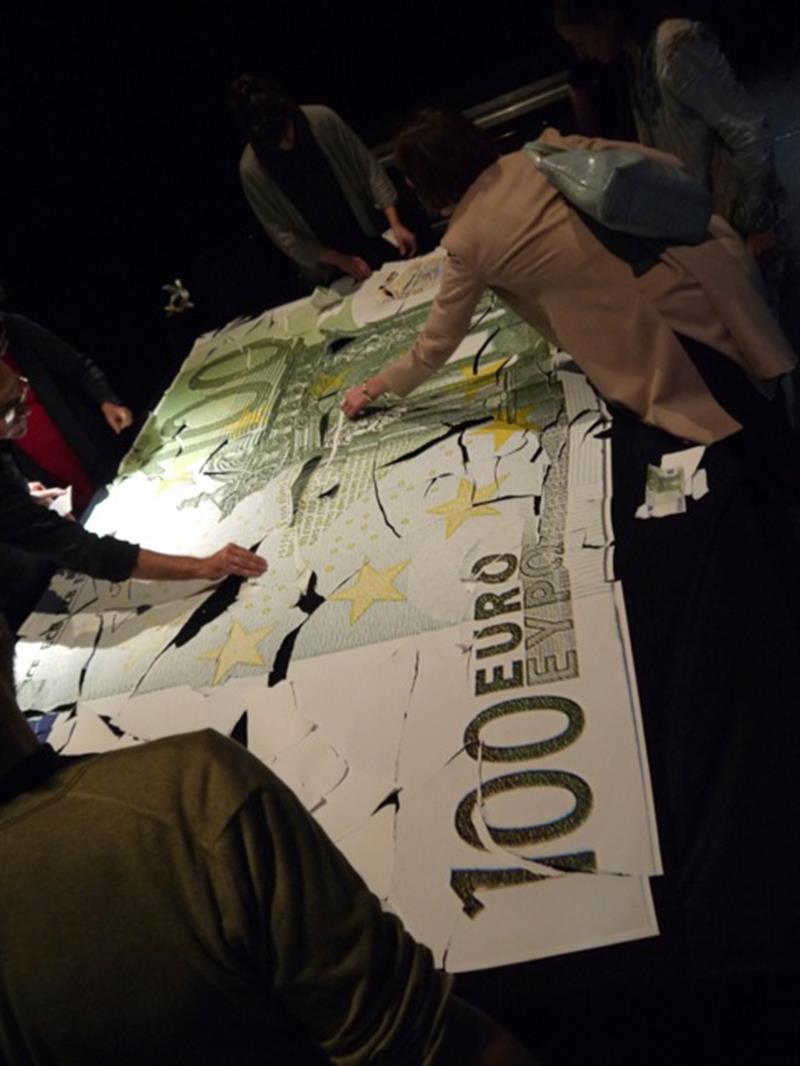 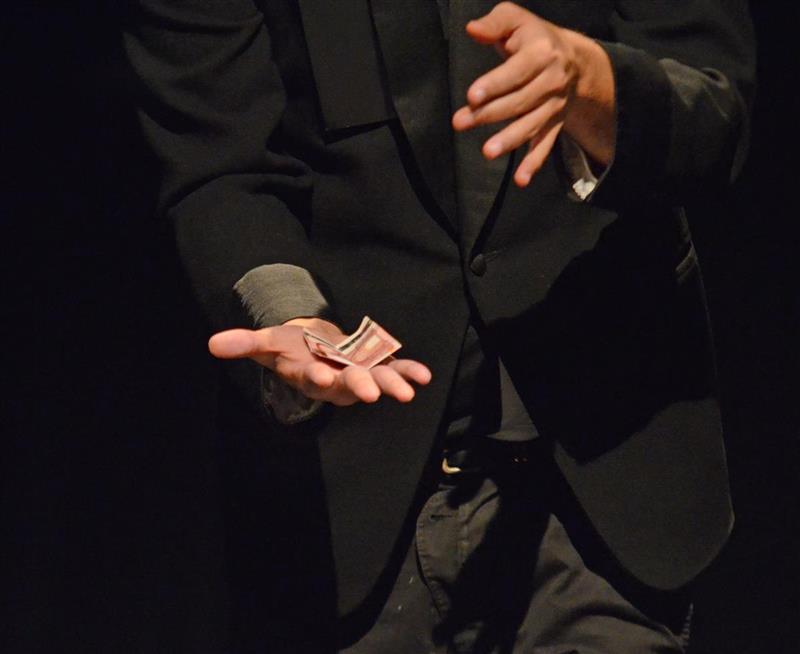 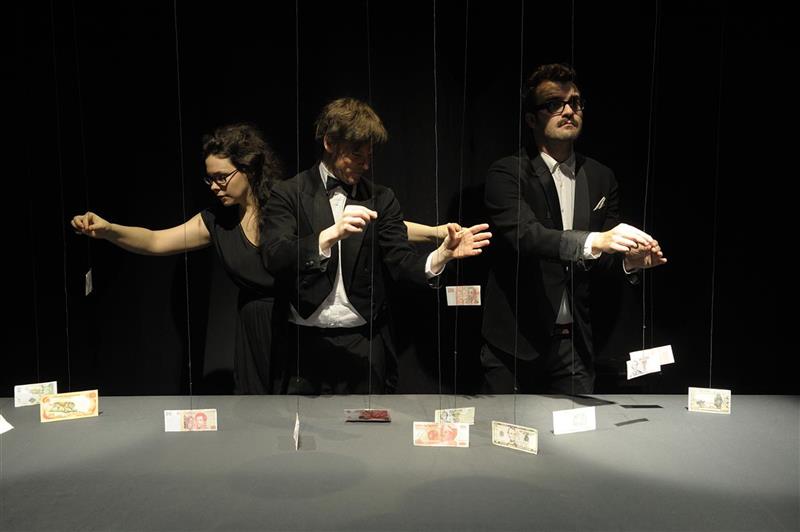 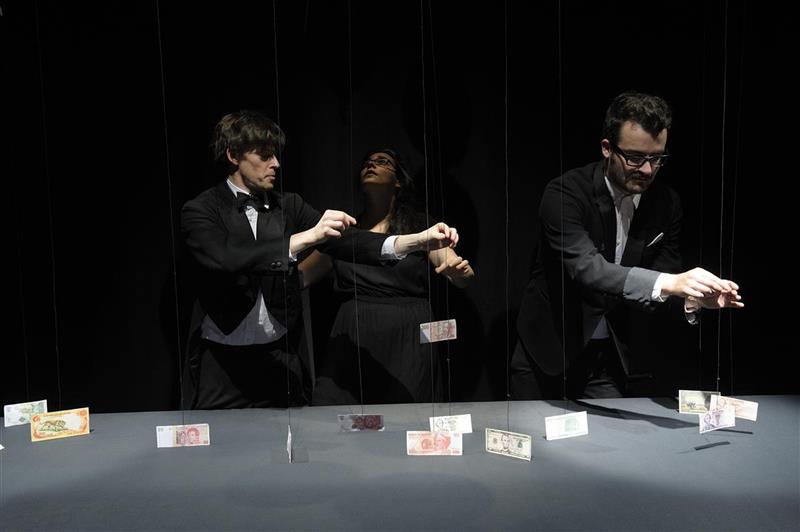 We hear constantly how money has become so ungraspable, abstract and immaterial within globalized economy. Money and its history indeed seem to be characterized by a slow but radical passage from an object’s materiality into its absolute immateriality. Facing the loss of a physical object, how can one fulfill the promise of making a choreography for money; devising its distribution in time and space, the way one wished and envisioned?  What is left to make or demand movements for?

Eine Spekulation / A Speculation is a choreography for the Euro. Performers and audience speculate together about the meaning and physicality of the currency. A fictional Union is constructed, poetic and humorous relations emerge. How will the new processes of mobilization materialize?