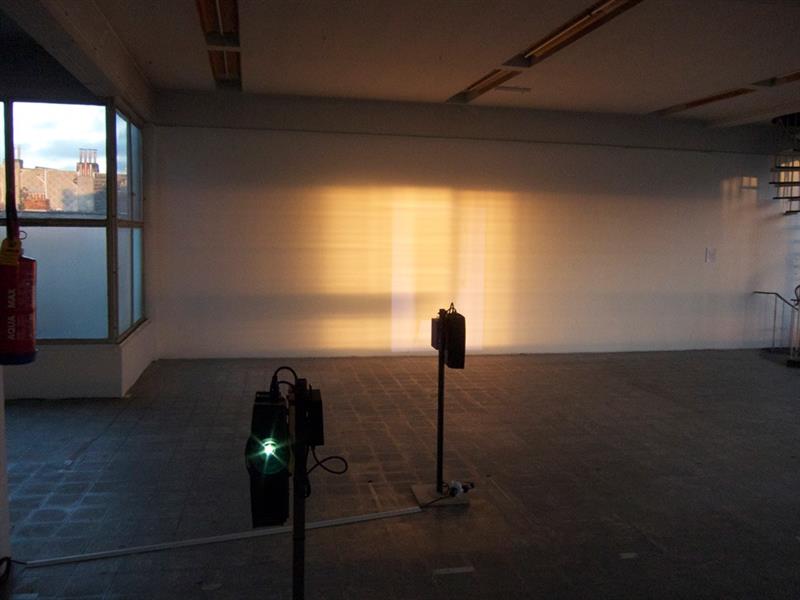 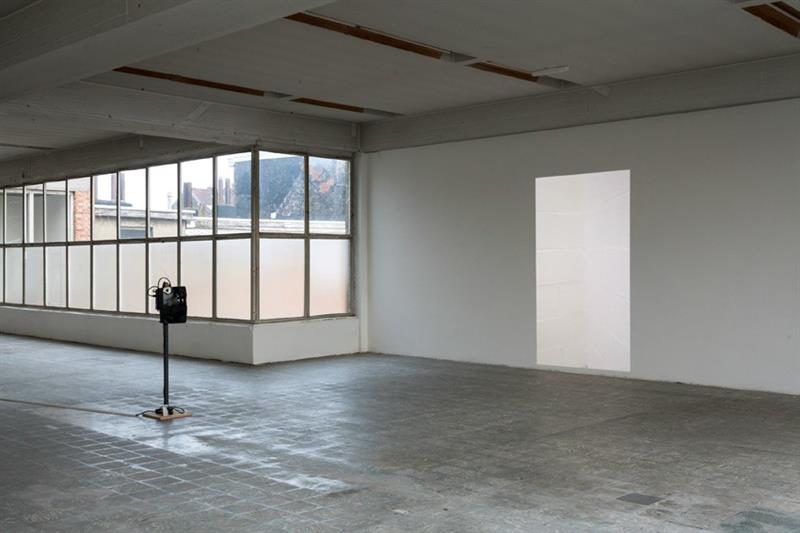 In 1938, Walter Gropius, founder of the Bauhaus, invited exiled European architects, designers and students to join him for a summer in Cape Cod, Massachusetts (USA). Out of this summer gathering grew a movement of the prime protagonists of modern architecture, like Marcel Breuer, Serge Chermayeff and Paul Weidlinger, who built houses for themselves and their friends, creating a space of utopic thinking and modern designs that evolved into postwar communal experimentation.

An important part of this heritage has today been restored by the Cape Cod Modern House Trust. For several weeks in October 2014, David Bergé was artist-in-residence on the invitation of the Trust and lived for a while in the 1970 Kugel-Gips House by Charlie Zehnder.

To occupy a space is to wear it. A building, like a dress, is worn and wears out.

Architecture can derive meaning only from having our bodies perform in it, bulky, corporeal, until the threads strain and the seams become visible. The result of Bergé’s attempt to wear the Kugel-Gips House is The Cape Cod Loop. This new work attempts to open up our understanding of how space and time – and hence making pictures, making architecture, and even weaving narrative – can in their way renegotiate the definition of what it means to inhabit a building: to wrinkle it, to give it a tug and watch it part way unravel on the floor.
The first result of Bergé’s residency was his PeopleScapes #3 – The Cocktail Piece, a critical spatial “reenactment” on-site of the evening get-togethers that had characterized the community in its heyday.

The Cape Cod Loop takes up this theme of “history repeating” and prods it squarely into the 21st century. Here, a camera held tightly to the body takes us into the low-lit entryway of the house, steadily gliding us through an anonymous, narrow hall and up a stair. Close, without being claustrophobic, the focus on the resolutely humdrum facets of this space – the whitewashed cinderblocks, the wall-to-wall carpeting in a sensible green – builds a sense of expectation.

And at the top of the stairs we get a brief glimpse of the bright trees rustling in a breeze through a large window, as well as pops of cherry red from an iconic Eames plywood chair, which stand out from the previous visual monotony to which we quickly return.
Bergé emphasizes using his own subjective body as the vehicle for how his work is made in the Kugel-Gips House, be it an homage to the cocktail party or a reinsertion of movement and a refocusing of our eyes to the unsightly or overlooked corners of the modern home.
By watching The Cape Cod Loop twice, we also contribute to its becoming fixed (there is nothing more to expect), and like a photograph it too can be stared at and studied, given a story, closely observed, teased apart, inhabited.

For the image generator festival, David Bergé will present the Cape Cod Loop, along with the Berchem loop, made throughout the festival building.