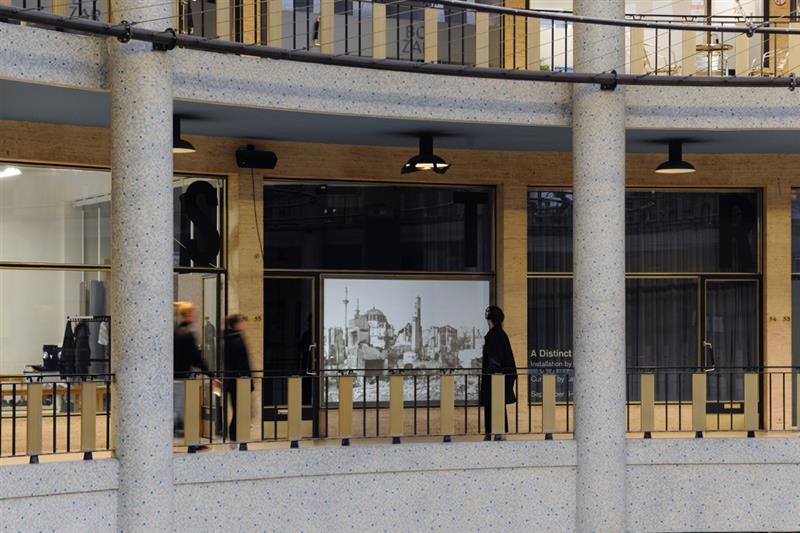 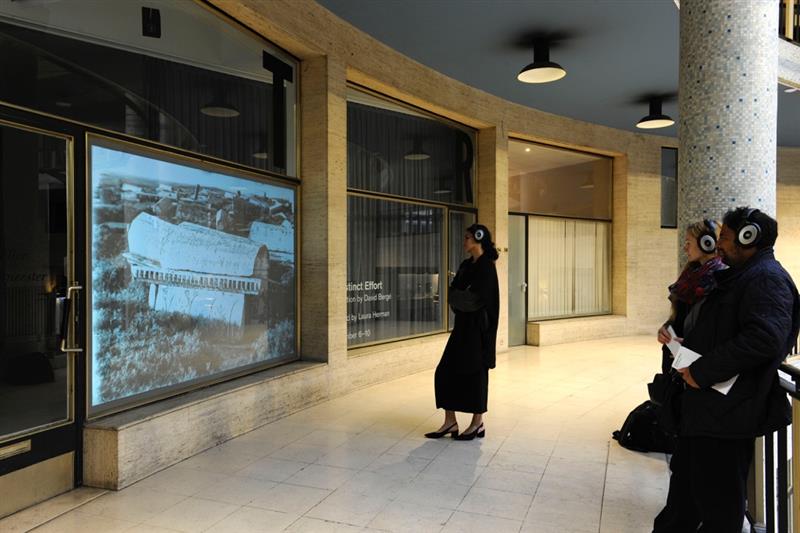 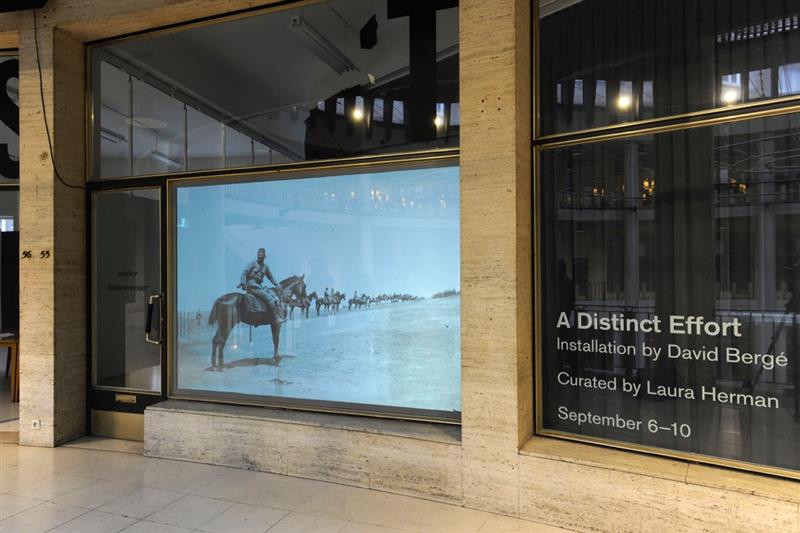 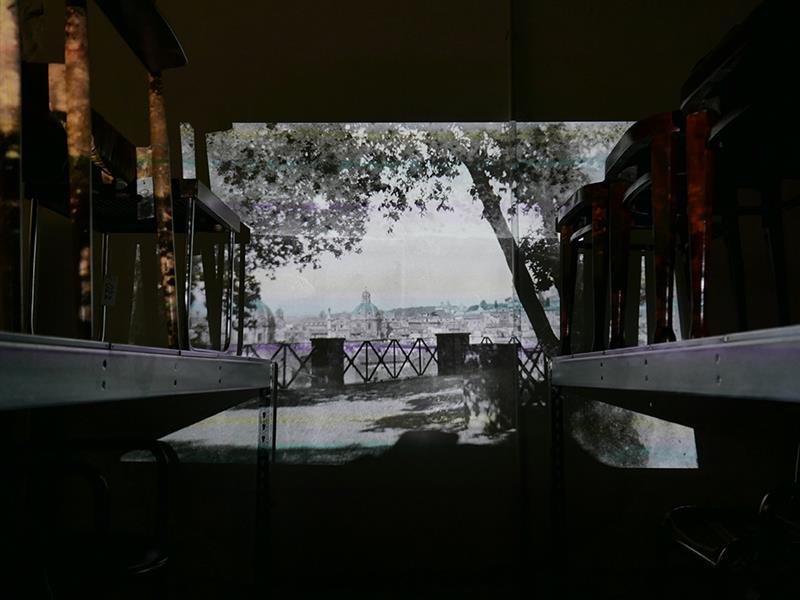 A Distinct Effort is the third chapter in a series of works by Belgian artist David Bergé (lives and works in Athens) which centers around a collection of 286 photographs taken by Charles-Édouard Jeanneret—who later would adopt the name Le Corbusier—and August Klipstein during their Voyage d’Orient in 1911. At Atelier Bouwmeester, Bergé focuses on the performative aspect that lies enclosed in these photographs. By electing not to use a tripod, the two men took these photographs by supporting their cameras with their own bodies and directing them at things and landscapes, thus placing the human body central to the experience of place. Combining a selection of images and recorded prose, A Distinct Effort slowly uncovers an early twentieth-century desire for spatial understanding rather than photographic representation—an approach to space which feeds into Bergé’s ongoing interest in non-optical photographic strategies for perceiving and navigating relations within urban environments.

A Distinct Effort as presented in september 2017 in Brussels, was commissioned by Z33’s research platform Studio Space and was curated by Laura Herman. It came with a booklet designed by Olya Domoradova and received the support of Platform 0090.

It was also presented at the Archiv der Avantgarden, Staatliche Kunstsammlungen Dresden (SKD), after an invitation by curator Marcelo Rezende in February 2018.