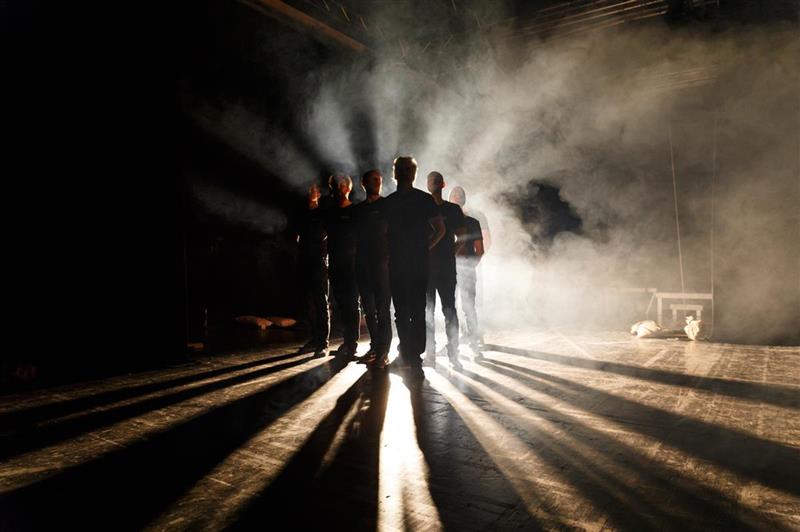 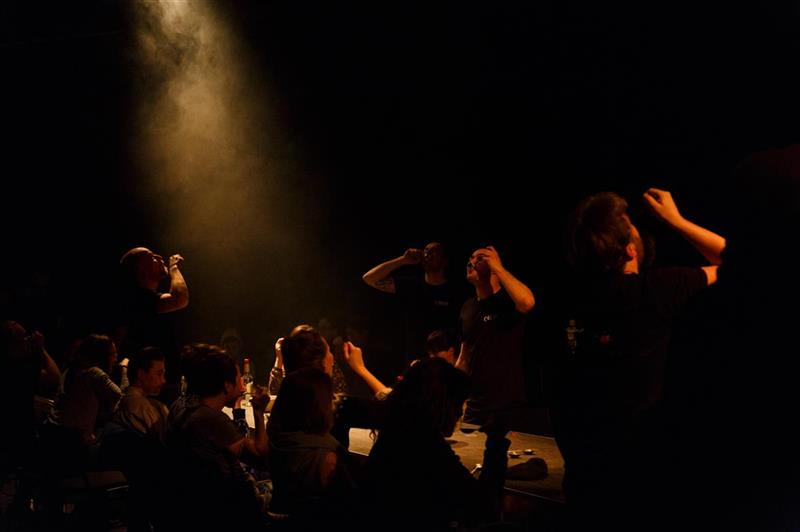 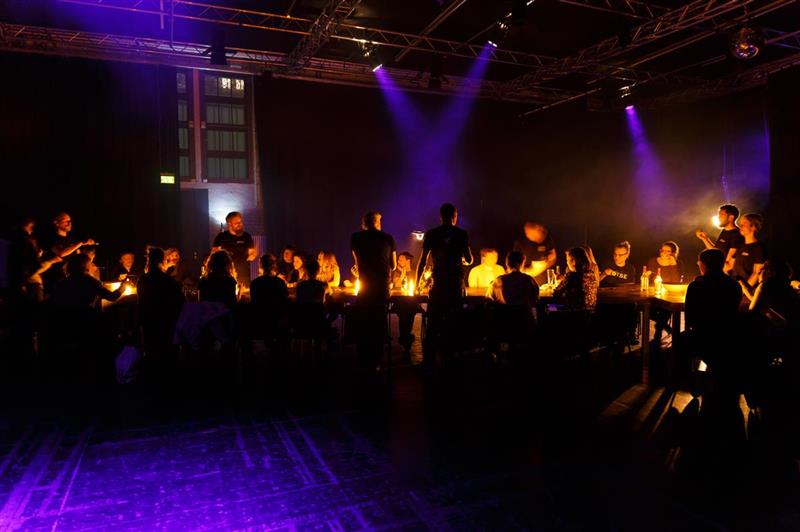 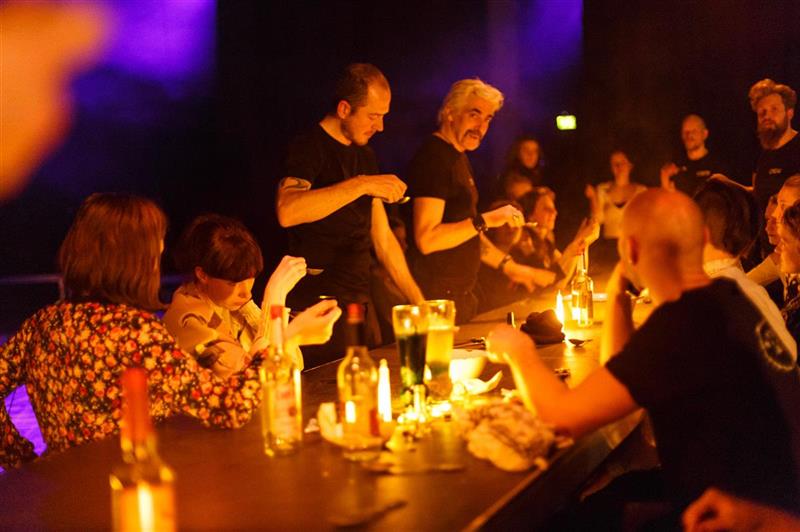 Blow Boys Blow is a project based on sea-shanties and the labor of the theatre.
It is performed by a group of  8 members with various relationships to the theater: choreographers/dancers, technicians, sound artists, light designers etc.

Historically, theater technicians have been recruited from the ranks of sailors and other men-at-sea; sailors proved capable of hard work, they were familiar with rope riggings, they knew how to tie strong knots and they were not afraid of heights – ideal workers for the stage. To this day, much of the terminology in theatre and filmmaking – terms such as „Best Boy“ and „Grid“ – is derived from sailing, maintaining a strong connection between the technical labor of theater and its nautical heritage. In this light, „Blow Boys Blow“ is an hommage to the community of hard workers who remain invisible when the curtain goes up.

In the same way the sailor’s work has changed in recent decades, the work and specifications of a theatre technician are also changing. Fully automated stage machinery has been installed in more and more theaters, exchanging the improvising hand-worker or rope-puller with the electric engineer. In visiting old-fashioned nautical work and song, „Blow Boys Blow“ will bring this inherent nostalgia of the theater to a peak, and at the same time, break the simplicity of simple nostalgia through the playful acknowledgement of its silliness.

Ultimately, „Blow Boys Blow“ will build a temporary community, not only amongst the performance group, but amongst everyone present in the same space at the same time. Through playful common labor, the old proverb: ‚many hands makes light work’ is understood not only in the sense of physical labor, but in the dynamic relationship built between work, play and community. This will be a community based on the connection between labour and leisure, of working as well as singing and dancing together. Shanties are extraordinary helpful in achieving this community; they are easily learned in the active process of singing together  -- they invite singing and shouting along, with their long, consistent choruses and simple, repetitive melodies.

The community of participation is grounded in the initial 6-8 performers who create the piece together. Then, this group of performers will invite the eventual audience and the present local technicians to participate during the show, so that the temporary community becomes much larger than the group that initially created the frame of the event.  Together, we keep the ship i.e. the theatre going for that night. And we do so not only by the obvious labour, an example of „real“, visible and sweaty work, but especially by also singing together, by dancing and sharing water and rum.