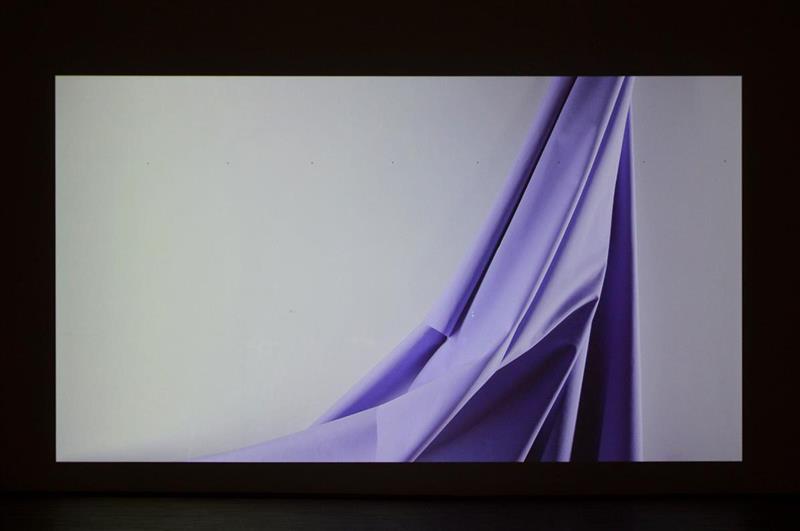 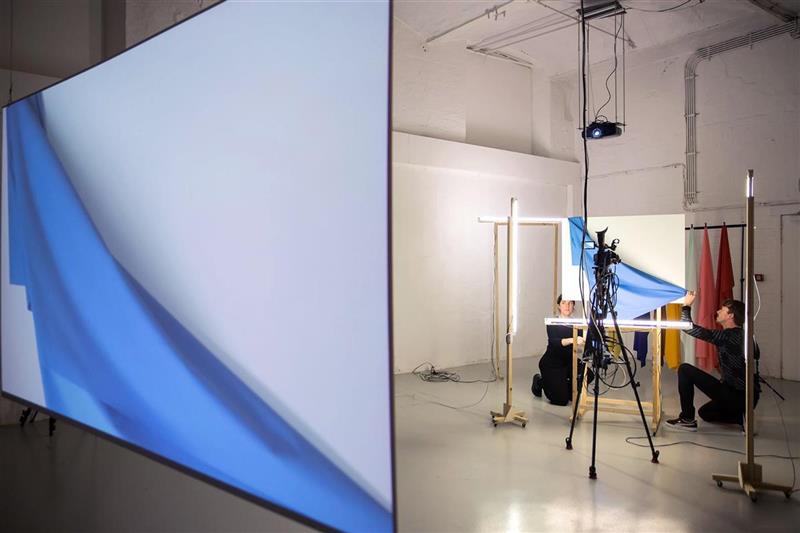 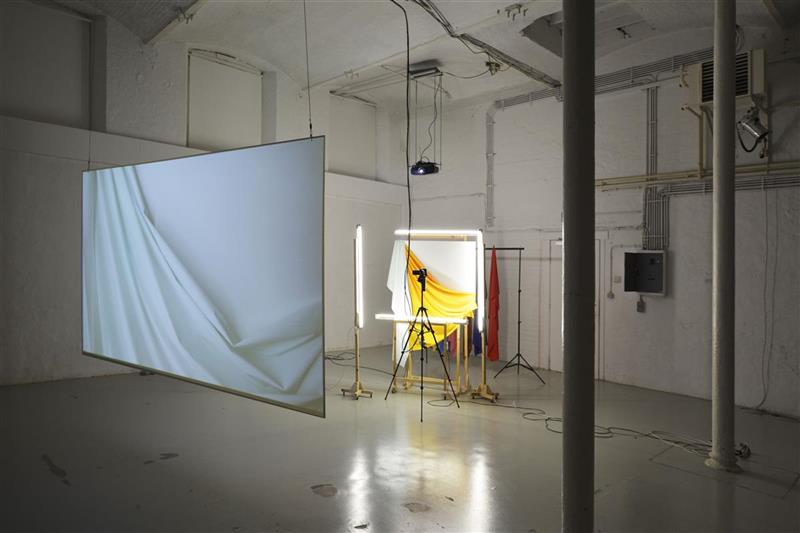 Grammatica is an installation / performance in which various lines are plotted between the performers, the audience, the tactile qualities of the chosen materials and their interaction with light, colour, space and time. An artistic creative process unfolds on the spot, within the rules of the installation that looks like a cross between a painter's studio and a laboratory.

The second dialogue starts there: the public is invited to observe the makers in this process. The virtual walls of the studio break open and it shows itself in all its vulnerability.

Finally, there is the eye of the camera, which from a fixed and untouchable position draws a frame around images in which nothing indicates the presence of the makers. It sees, and shows, only the tableaux that arise from matter, movement and light as an ever-changing, almost painterly but dynamic end product. This is where a third dialogue is initiated, one that has a rather inward-looking character and generates an almost meditative experience. This may allow the public an impression of what the performers themselves experience during the process.