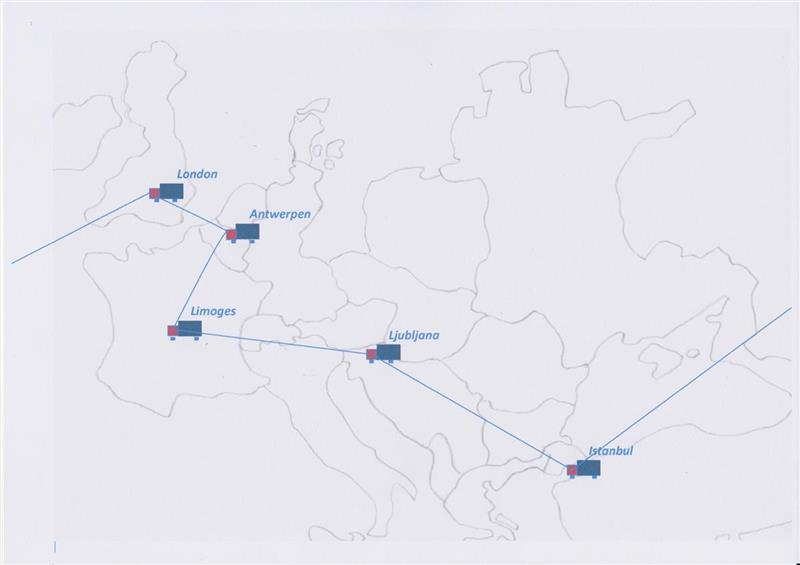 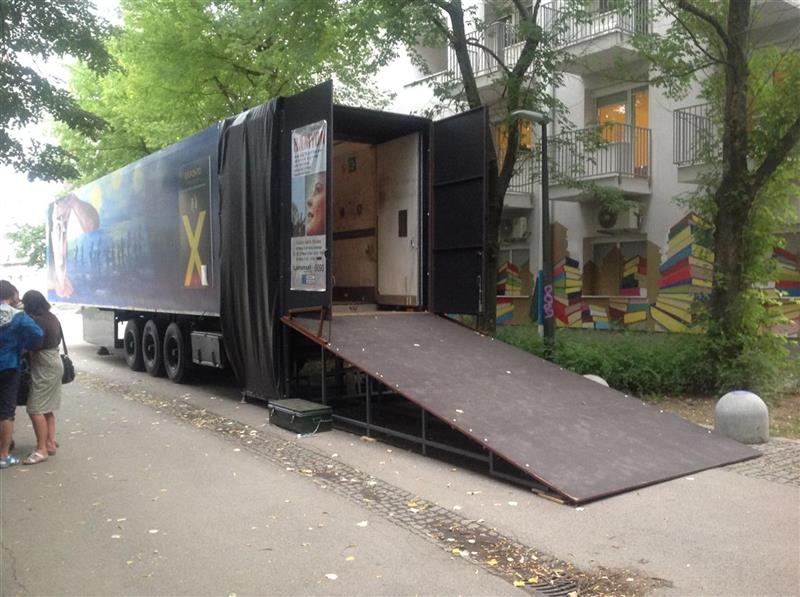 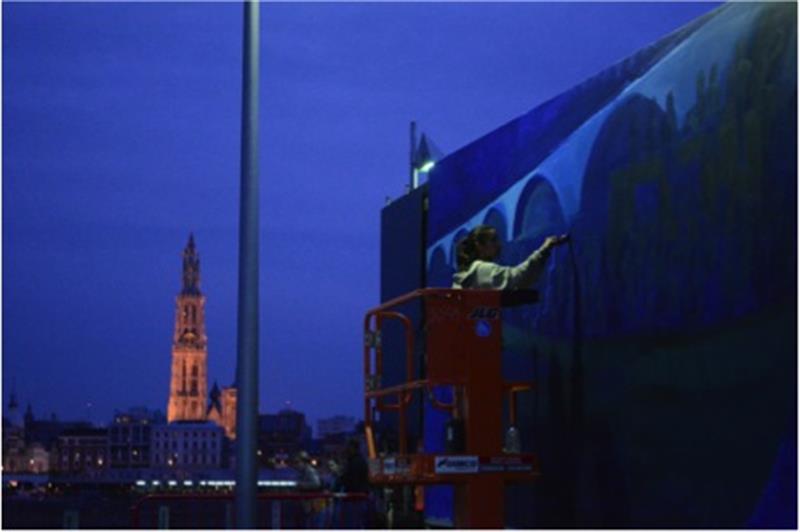 For more than ten years  Michael De Cock has been investigating European migration flows. Both as an author and as a journalist as well as in his theatrical work  he has scrutinized this topic again and again. He has written several articles and books  on migration (Op een onzeker uur [At an uncertain hour] 2003, Aller/retour, de grenzen van fort Europa [Return ticket, the borders of fortress Europe], together with Stephan Vanfleteren, 2010). On stage his research has resulted in plays such as Saw it on television/DIDNT UNDERSTAND and HAVEN010.

In his project Kamyon , a collaboration between Michael DE COCK , theatre group ’t arsenaal Mechelen and 0090, Michael De Cock tries to illustrate the concept of migration to children and  their families.

The starting point is the story Two small bags, ten million dreams. A young girl is talking about a trip to the promised land. Gradually, the performance itself is developing  into a journey. The play is presented in a lorry that has been transformed into a small theatre. The audience (about 40 spectators for each performance) sit down in the lorry, close to the stage. From their seats they can watch both the play and the outside world. In this way they become witnesses of everything shown around them.

Sitting on a bench somewhere in the distance, a musician is playing music and making a soundscape. Meanwhile, the girl  is expanding on her journey. Outside you can see the world and  the actors playing their parts.  Behind them lies an unpredictable, disordering and bewildering scenery.
On her road through Europe, the girl is wondering why she can only take two small bags and why she has to leave all her cuddly toys behind, all but one. Like the girl, the lorry  travels through Europe. The play follows the road that many migrants have taken.  It will be presented in wide-ranging locations, from Istanbul, with a view of the Bosphorus, to England. The girl will tell her story three times a day. And the audience, the children and their families who have listened to her story, will form a long trail across Europe.

Kamyon is a play to enjoy by watching and listening . It is  a project presented on specific locations accompanied by music. It focuses on migration, on Europe and on ordinary people with ordinary, ambitious dreams.