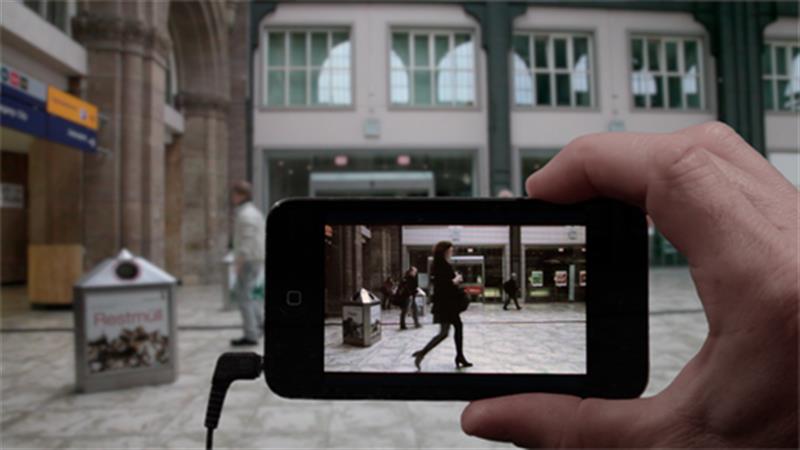 With “Te huur van zijn eigenaar” (For Rent), Mesut Arslan creates a contemporary adaptation of ‘Sahibinden Kiralik’ by the controversial Turkish writer and director Ozen Yula. He brings the text to life in the public in the form of a theatrical trail in the public space.

The text shows 6 characters between 22 and 55 years of age who find themselves in a homosexual prostitution environment. Sharp, often poignant dialogues evoke a dark world that many do not (wish to) know, but is present everywhere in our metropolitan world. Not only does it show an outcast milieu, but outcast people and outcast feelings: people selling themselves for money, power or love.

The original Turkish text plays itself out in the famous Gezi city park of Istanbul, but Arslan transports it to other semi-public spaces, depending on the local context, such as a train station…. For this purpose, he draws inspiration from the artistic location project “Alter Bahnhof Video Walk” by Janet Cardiff, made for dOCUMENTA, Kassel Germany. Participants borrow an iPod and headphones and the video images guide them through the station. An alternative world unveils itself, in which reality and fiction, present and past mix themselves in an unsettling and eerie manner. As the participants are at exactly the same location and in the same position as the original cameraman, the presence of the filmed events on the screen feels as genuine as the reality. The spectators are in the midst of a ‘physical cinema’.

On the video as well as in the ‘reality’, the spectator gets to see the characters and stories. They can be reality or fiction: the actors of the film are also to be seen in the real station space, but unaware by-passers can also be part of the theatre event or the film images. The spectator is uncertain which of the (video) images he sees are constructed by the theatre creator and which are real. Arslan seeks to play with the expectations of the public by confronting these worlds with each other in an unexpected manner. He also tries to play with the impossible, abstract and absurd: what is present in reality, can be amplified and expanded.

By placing the text in a Flemish train station setting (projecting a public space where people are together, yet alone), Arslan creates a bridge between the apparent unrecognizability and repulsiveness of the homo circuit in Istanbul and the everyday world of the spectator. The hidden sides of the world that we should know are laid open; the people and feelings that are pushed away by society are shown. The theatrical adaptation and the film images bring the passions under the skin of the characters into contact with the possibly repressed emotions and desires of the audience.

The double visual context (screen/reality) reinforces and plays with the duality that we constantly experience in our lives and is also addressed in the text: appearance versus reality, dream versus reality, the sub-conscious versus the conscious, the internal versus the external, impulses versus self-control, will versus rules.

Do you go on the impulses of fiction? Do you in reality reach out your hand to the lady on the screen? To what extent do you feel manipulated by the screen world, to what extent do you see the station space as it is? What appeals to you more, the ordinary life or the somewhat hidden fictional life? Which hidden world appears if you can look inside the heads of people? And what secrets are hidden behind walls, in toilets, a park or station platforms?

I want to explore the possibility to introduce new technologies in performance and the way we can make the virtual and the real interact and exchange positions.
I want to investigate the “non” places that are invested with meaning and identities, differing from local contexts.